Welcome to SK8 the Infinity Wiki!

We are currently editing:

SK8 the Infinity (SK∞ エスケーエイト, Esukēeito?) is a Japanese anime series produced by Bones and directed by Hiroko Utsumi that tells the story of youths competing in a no-holds-barred underground skateboarding race. Complete with an all-star cast for both the Japanese and English versions, this one of a kind sports anime will be sure to throw you for a loop!

Miya Chinen ( , Chinen Miya?) is an elite middle school student and candidate for Japan's national skateboarding team. Due to an incident that took place in his younger years, Miya often comes across as cocky and impertinent towards skaters he dislikes or doesn't find interesting, even going as far as to call Reki Kyan a slime.
Read more... 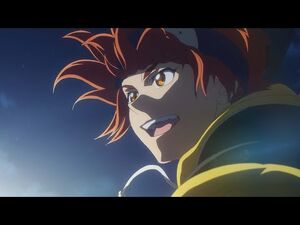 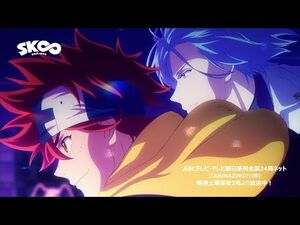 Episode 12
Our Infinity!: The stormy battle between Reki and Adam was won by Adam. However, Reki was the one who was enjoying the beef. Seeing him, Kikuchi realizes that Langa is the only one who can give Adam salvation, and drops out from his race against Langa. As Reki and Langa head into the beef against Adam, they make a certain promise. The finals between Adam and Langa will now begin!
Read more...

Want to help out?
We're looking for people to help edit stubs and add new pages to this wiki. If you have questions or would like a specific goal to focus on, feel free to contact the one of the admins for help! Our to-do list can be found on the community page.